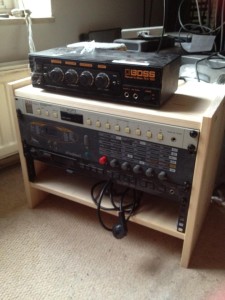 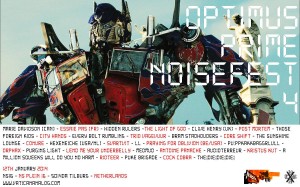 In noise on March 6, 2012 tagged dagschotel, knorrr, mixes by Erik

Recorded for the Knorr preview at the Dagschotel party, feb 11 2012. Very rough mix because of a beat up soundsystem and no monitors. The crowd certainly didn’t mind.
Recorded with my Zoom H2, gear was a pair of Pioneer CDJ-1000 mk3s and a Pioneer Mixer.

This mix represents the other side of what I tend to spin.

Finally recorded some mixes. These were recorded at Extrapool during Maw Maw. Maw Maw is a fun monthly event with coctail specials, budget bagels, cool workshops and nice music.

These mixes represent one end of the music I play when DJing. 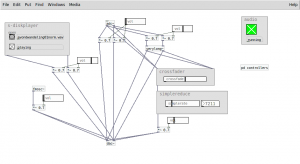 
USB soundcards on Debian and Ubuntu

To my frustration, I noticed that my trusty Edirol UA-25 refused to work properly on Ubuntu 10.04. I spend quite some time tracking this problem down; eventually I found out that USB soundcards are moved down in priority.

The result of this are, among other things:

In other words, no end of grief.
On Ubuntu, this started from 9.10 on (and because of this, also affects Pure:Dyne), on Debian this affects Squeeze.

On Debian’s bug-tracker, I found the following simple fix:
in /etc/modprobe.d/ create a file called local.conf. In this file, add the lines


Reboot, or do sudo alsa reload and you’re done.