EPIX: Anything With Paint 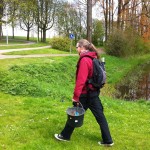